With Silvia Bauer and Geneviève Dumont we return to a phenomenological approach in order to look at what exists close to us in the greatest indifference: moss under trees or on roofs and waste of tires and manufactured cardboard.

For Henri Maldiney, “the uniqueness of phenomenology is that it reveals the essence of phenomena from their inner selves.”  In the same way, we will, with Silvia Bauer and Genevieve Dumont, encounter the inside of a truck tire and share the intimate life of mosses. Diverted from their function, because they are not treated mechanically or functionally, they appear to us under the best auspices of an aesthetic approach.

Silvia Bauer works on glued cardboard, which she softens by sanding and transforms into different layers by successive mountings. Ordinary packaging boxes associated after a laborious reconfiguration are transformed into sculptures in order to expose their density and celebrate their passage from a flat surface to the third dimension: that of the object, which moreover becomes a work of art. However, the visual artist, who became a sculptor, hasn’t stopped there: attracted by broken tires delivering their entrails alongside the roads, Silvia Bauer collected some of them to put them in dialogue with her boxes. Pairs of clarity/obscurity and lightness/heaviness let us perceive assemblages where strata, stacks and attachment of materials who were certainly not intended to meet, reach a very high level of harmony.

Genevieve Dumont draws our attention to those age-old resilient plants that make up our ordinary on terraces, alleys or roofs. Too often considered to be parasites or nuisances, we gladly eliminate them while failing to admire them. Called by some “the gold of the Goblins”, mosses grow everywhere, on the ground as in heights; they resist great cold as well as extreme drought. The artist, through her obstinacy to observe and understand them, introduces us to their world. Favourable to this lively environment that enchants her since her childhood, Geneviève Dumont engraves on metal plates impressions of her encounter with the complexity of these small plants able to create a symbiosis with any support.

Geneviève Dumont’s moss landscapes and Silvia Bauer’s cardboard-pneumatic sculptures provide a touch and view of forms that refer only to themselves, implying no knowledge. They occupy and inhabit a space which they continuously modify by the mutation of their texture. The cardboard and tires open on their interiority as well as the mosses without deep roots allow us to travel from the earth to the sky that waters them. They invite us to develop our gaze and focus our attention on what usually offers no interest.

The two artists let arise an unexpected vitality from the banality of daily existence, thereby upsetting our perception of the ordinary. 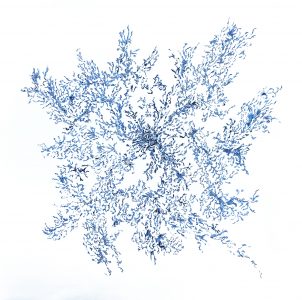 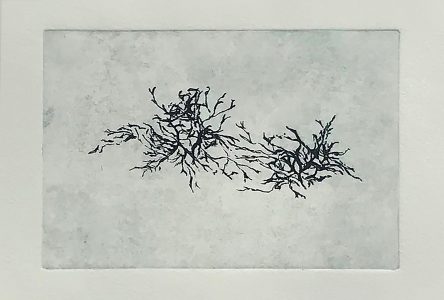 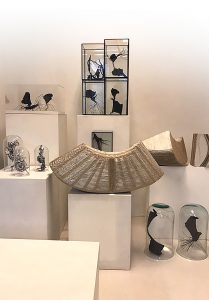 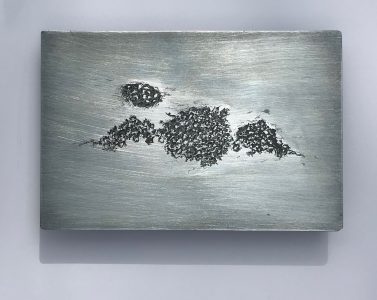 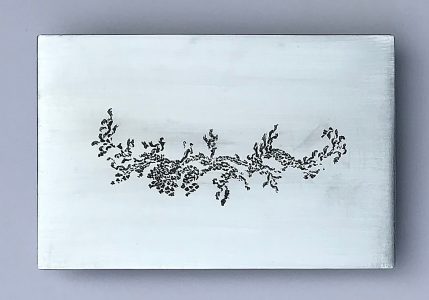 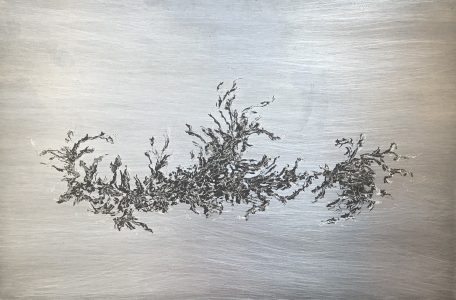 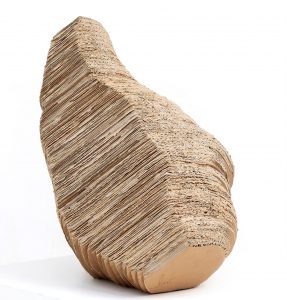 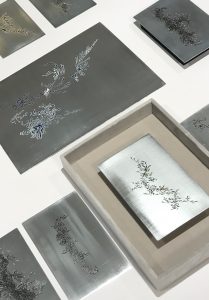 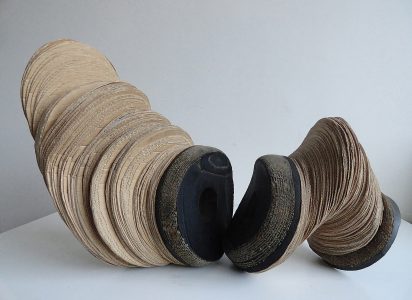 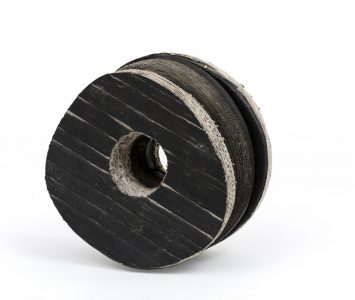 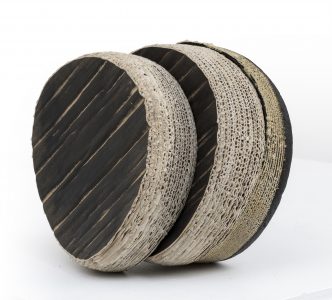 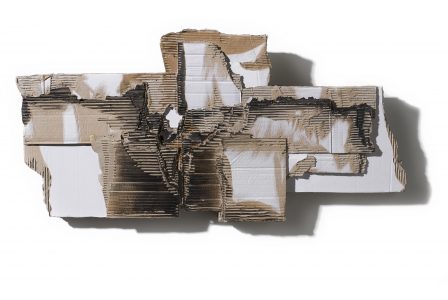