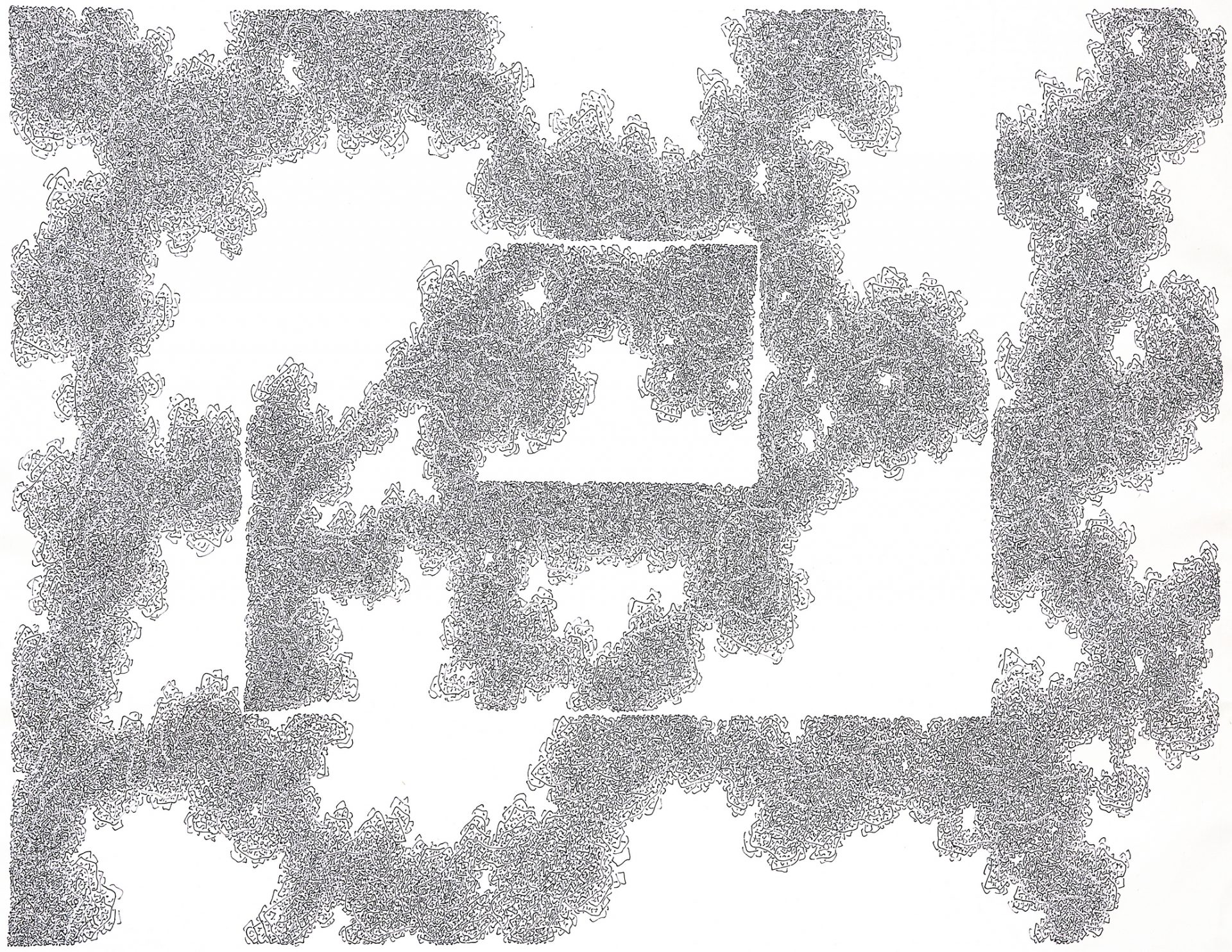 In an ideal correspondence with the choices made by the gallery, his work offers a new interpretation of the relationship between writing and image. It belongs to the dynamics of the diagram that the artist has developed by multiplying lines made with a technical pen.

Frank Vigneron teaches art theory at the Chinese University of Hong Kong and practices the art of writing.
In the manner of the illuminating monks and the literati painters of China, he shapes directly the most elemental forms of lines. In themselves, the lines correspond with the first gestures in the history of both alphabetical and ideographic writings. They thus constitute a common foundation to Far Eastern and Western civilizations, revealing a common dynamic that only Chinese calligraphy, through its rhythms, movements and spatial dynamics, has been able to maintain. Moreover, the lines of his works, having lost the ability to be read as well as any semantic content, call for a gaze liberated from the constraints of decipherability.

The maze-like movement that he presents takes the viewers away from any of the great classical trends. The paths that he traces reveal the essential exchange between full and void, concepts that Chinese philosophy has never stopped developing.

The multiple downstrokes of Frank Vigneron, by stretching and interrupting each other, give way to the void and thus create a singular dialogue with the undifferentiated background from where they emerge. These intertwined signs-bridges create through their movements an energy that feeds an endless rhythmic system.

Frank Vigneron has never stopped what he has begun as a spatial-temporal challenge. This gesture-writing repeats itself endlessly and always differently. Full and void meet each other, cross each other and exchange each other out of a movement initiated by a mere trace of the pen that only gets briefly interrupted by the obligations of everyday life. He dedicates thus a large portion of his time to the practice of this kind of writing and, like a Chinese calligrapher, pursues his project daily. This untiring development of the lines invites him, always in the sense of Chinese aesthetic, to forget himself within what has been made to appear.

The work of Frank Vigneron can therefore be understood, through its own internal movement and progression, as a silent and discreet transformation of the one who traces as well as the traces themselves.

The essential elements of writing are then given to the viewers from the moment of their first appearance in the world, their first contact with reality. From there, they will take flight in no uncertain terms to talk to the viewers, who must first give them the possibility to open the way to their spatial-temporal wanderings. 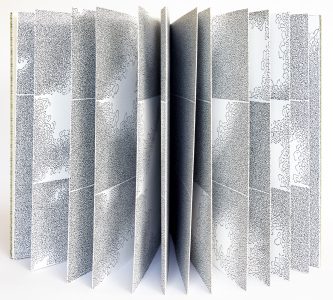 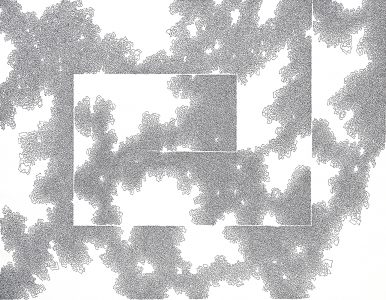 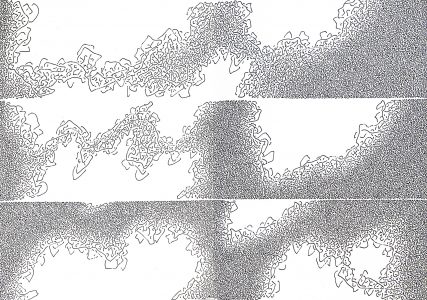 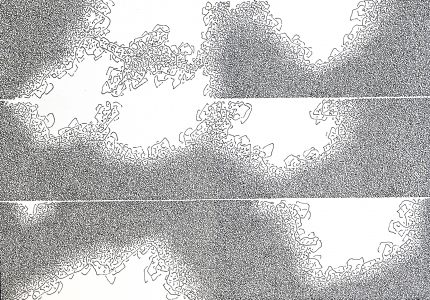 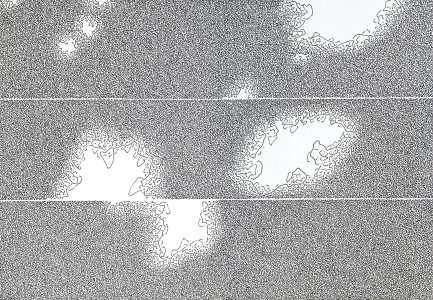 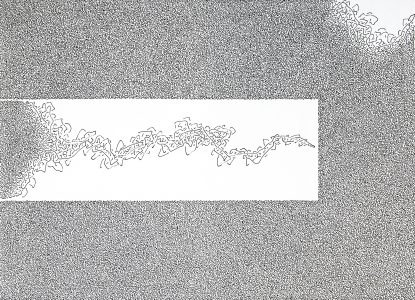 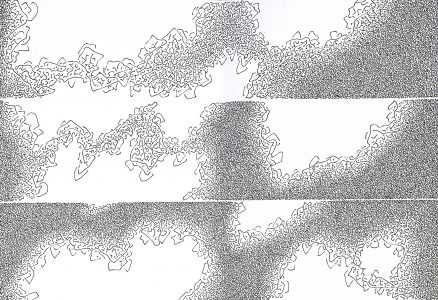 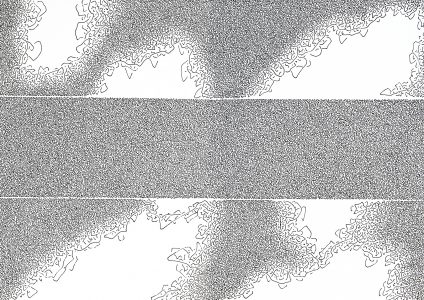 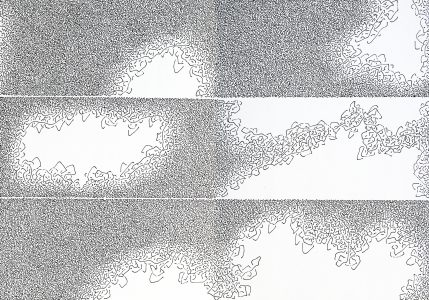 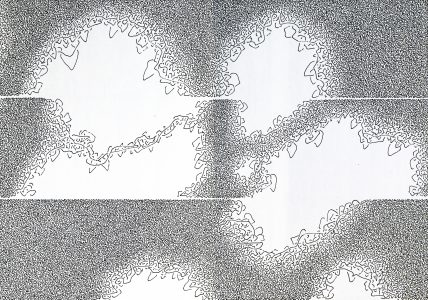 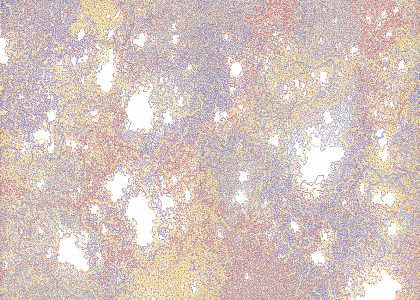