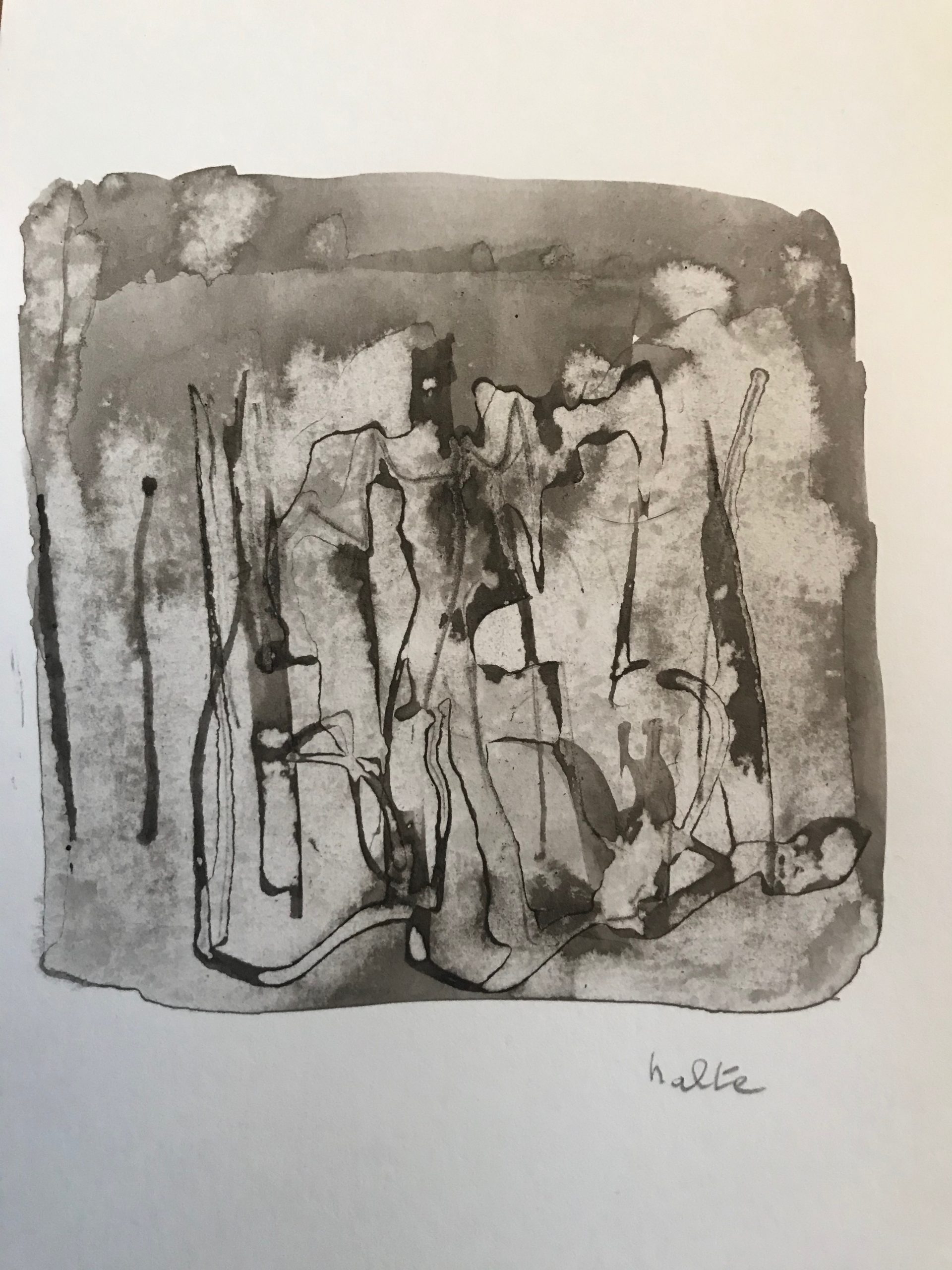 Serge Meurant and “the unknowing”. On the need for drawing in order to reconnect with one’s body.

The poet Serge Meurant has gone through a metamorphosis. Afflicted by a disease bearing names identifying malfunctions of his organs, this literary and spiritual man realizes that he has a body. Having never practiced any sports or done any physical activities, he did not know himself in flesh and blood.

Hospitalized, he meets a surgeon, who, like a seamstress, draws a “pattern” to make him see what he will “cut out” and “sew”. Challenged by this work, Serge Meurant becomes aware of his body as a construction site on which the surgeon will use his tools and skills.

While the operation is being prepared, the poet measures himself against the disease by writing and composing texts on the future of his body. Via the images of the scanners, he observes his own inside.

When waking up after the intervention, suffering the outbreaks of pain, he begins to sing at the top of his lungs to mark his presence to the world. Having become thunderous, he ex-ists by loudly expressing his desire to ‘be’ and his agreement with life.

Extremely receptive to what happens to him, namely his change of condition, with his body modified as a consequence of the operation, he decides to express himself through drawing. He no longer gives voice to his hand, but rather lets it show how he feels. Flayed from the inside, feverish, he condenses vital energies which he did not know until then, allowing him to reconcile his body with his mind.

Thanks to the disease, the poet feels involved in a bodily vibratory process that gives him access to a practice of “the unknowing”. Diverted from articulated language and known words, his hand begins to act in concert with this desire to live that affects his mind by making it more sensitive and open to what he feels physically. His hand has given birth to small free and independent drawings which by the depth of the ink reveal a spiritual expression.

This flayed man has therefore abandoned the axes of reasonable representation to set up a concept of “ignorance” that finally gives us the opportunity to abandon the known. Serge Meurant invites us to meet our otherness and gives us a tremendous lesson in desiring to live outside the official registers.

In connivance, Michelle Corbisier, his companion, will exhibit her engravings alongside charcoals by Mouna Ikhlassy and drawings by Kiran Katara and Niki Kokkinos. 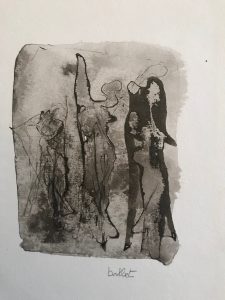 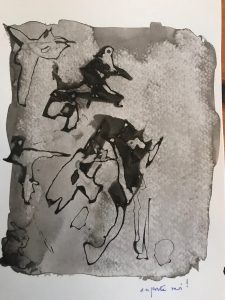 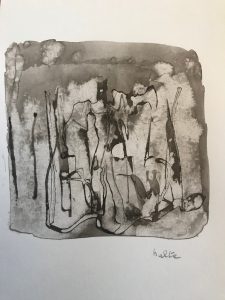 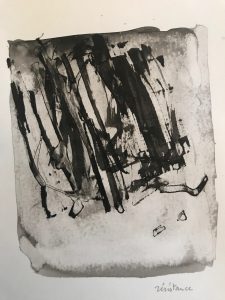 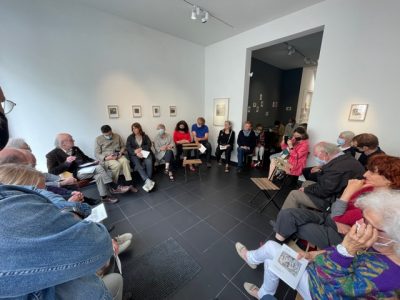 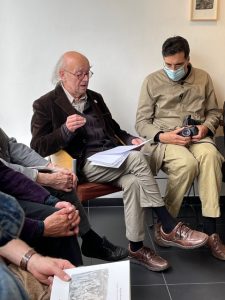 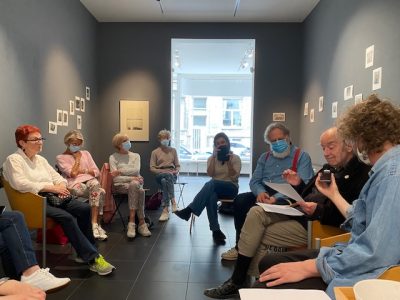