Liu Yi is a professional artist in Beijing. He was born in 1964 in Weihai in the province of Shandong in China.
From the beginning of the 1980s, Liu Yi practiced traditional Chinese calligraphy. In order to acquire new means to develop his graphic device, he is interested in the art of Japanese linework. In this way, he brings the classical practice of writing into dialogue with the modernity of the brush stroke. He also seeks correspondences between the genius of the most learned calligraphers and the writings of masters of Western abstraction like Wassily Kandinsky.

SELECTION OF EXHIBITIONS BY Liu YI 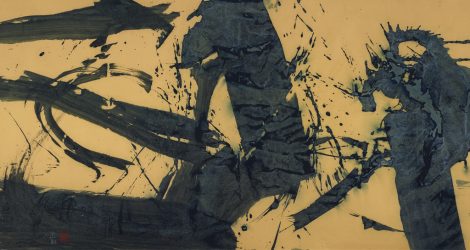