Eva la Cour is a Copenhagen-based visual artist with ties both to Brussels and Svalbard, an archipelago in northern Norway where she is engaged in an ongoing artistic project. She has exhibited internationally at venues including Etagi in Saint Petersburg, IAC in Malmö and Nikolaj Kunsthal in Copenhagen. However, she often becomes involved in projects that allow her to focus on process and research, rather than having an exhibition be her sole purpose.

“L’image du Paysage” is a short conceptual experimental film juxtaposing film-imagery of a construction site in Brussels (anno 2015).
The 16mm film-print is shot inside a construction project characterized by façadism, meaning that an old 19th century building has been stripped from within while the facade of the building has been preserved. Thus, all footage is shot during regular working hours on the construction site and captures active workers and cranes, except for the last shot which is a film-shot of an image: the architect’s drawing and visual future-projection of the site regarded from outside. The text accompanying the footage is written on the basis of my returning travels and stays on Svalbard. 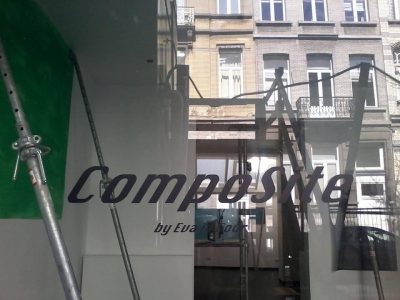 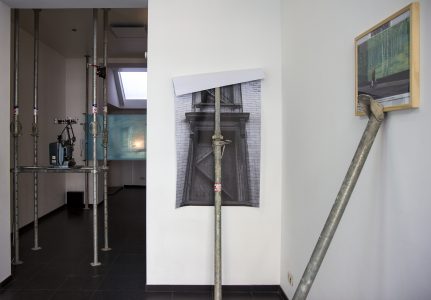