Born in May 1988, Chenghai, Guangdong
Graduated from South China Normal University with BSc and MSc in 2011 and 2014

The way to uncover the cultural characteristics hidden behind objects is diverse which can be understood as a process of extracting. The process is not an action or a behavior but is similar to a feeling of pleasure to decrypt the encrypt file. Playing the role as the element and the source in the process of artistic creation (or we can regard it as a type of data), culture was presented through object, which may create fragmentation and misunderstanding. This way of artistic creation is like a process of transferring and the object is actually activate the culture in return.

In the rule of Chinese painting, water and ink are the most important element, they never be unpicked. However, I want to elaborate the relationship between water and ink using the way that acquires the ink without water. Basically, I prefer restoring ink to be its original state what it is merely material to present ink’s independence, thus to resolve its culture attribute.

The relationship between water, ink and paper can be divided again, the ink has no need to stay in the old rule that relies on water to be presented. It is derived out of water and moving to be everything. As you can see, this is the basis I can use for.

The slow continued repetition of an action transforms it into a habit, this “behavior” is then gradually developed with difficulty into change. When the perception towards objects remains within an accustomed thought pattern of thinking, it could easily become nothing more than a mechanical approach. As a consequence, the cognitive standards of “aesthetics”, which are created by repetition of certain perceptions established a mechanism to which the aesthetics are largely confined.

Narrowly linked to such enduringly repetitive aesthetics, the art of calligraphy which emerged from the writing of Chinese characters has developed into a mechanical standard. Through the repetition of the strokes and the deepening understanding of the structure of the characters, over time the writing has also slowly transformed into a pattern of habit, which in its turn constantly shapes a personal aesthetic of calligraphy.

The lasting and repetitive practice of writing of Chinese characters in the predefined intersected and squared grids (“mi zi ge” in Chinese, literally grids in form of the Chinese character “rice ‘米’”) has bit by bit blunted the curiosity in the practitioners’ eyes and devoured the creativity in their hands. This is even truer in the initial phase as the instructions are often so strict that the process could be seen as a mechanical reproduction. The fundamental elements forming the written characters such as the horizontal, vertical, left, flick, tap strokes have thus lost their original charm and become merely part of a codified writing exercise.

The writing of the Chinese characters gives birth to aesthetics; meanwhile it also imposes aesthetic restrictions. So it is for arts. 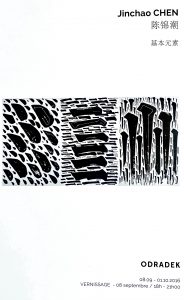 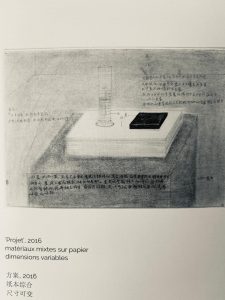 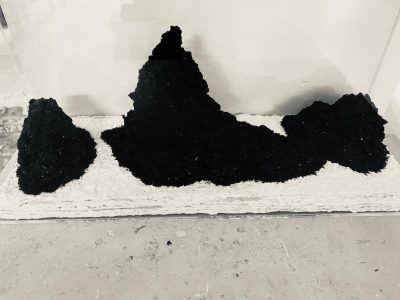 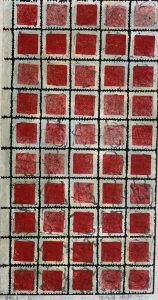 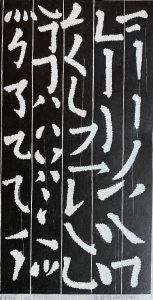