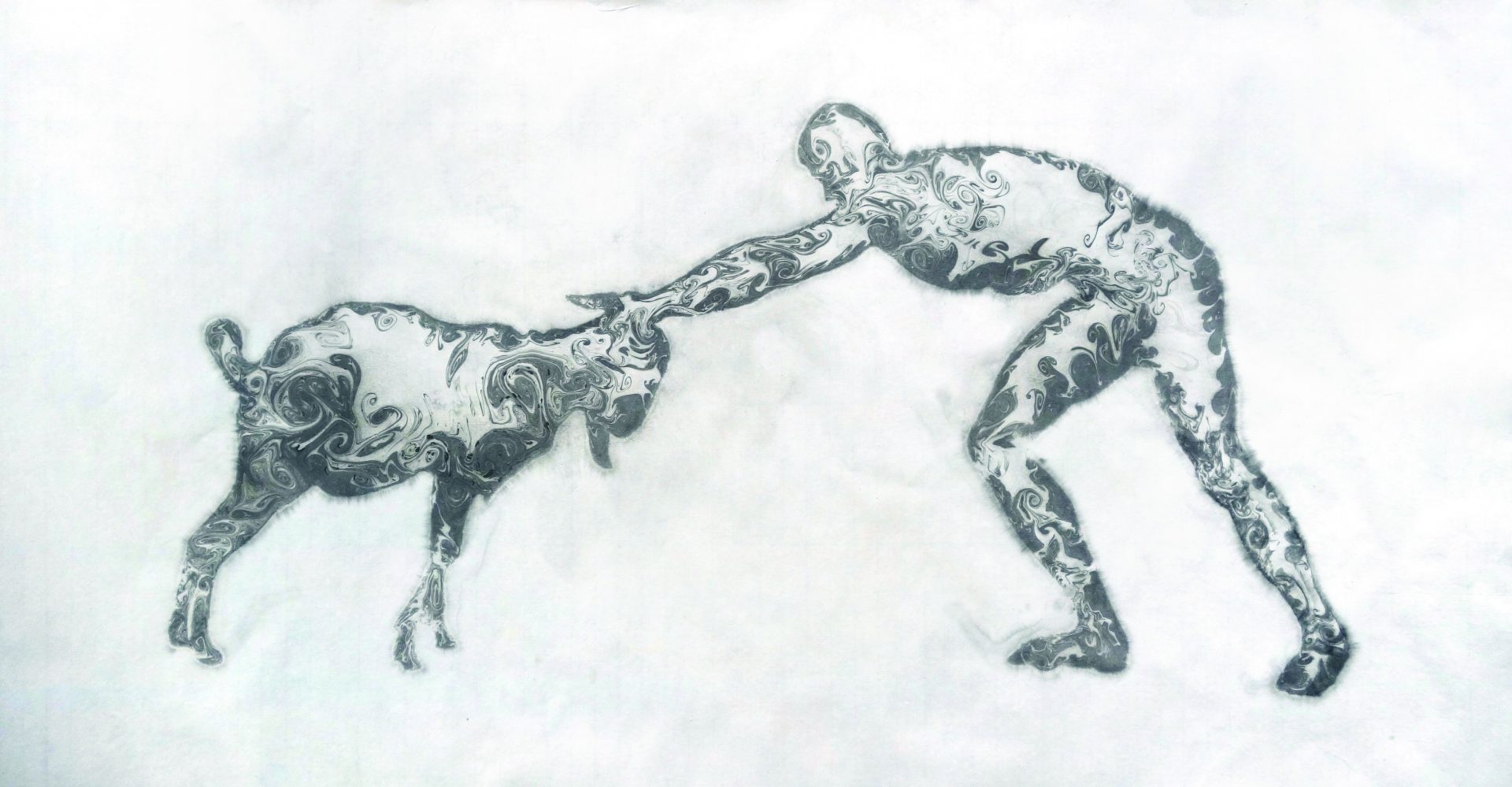 Using his own body as a model, he materializes the transition from contemporary man’s singular, arrogant individuality to the self’s empty state in harmony with the earth and the world. The two bodies oppose each other and join together, vital energy flowing between them. With hands reaching out to each other, a new way of communication is proposed. While shaping the bronze or metal, the sculptor works at the level of concrete reality. The full body shape invites to a passage towards the inner emptiness. Zhongying Shi aims at building interactions between Buddhist art and wisdom, between cold metal and the dynamism of nature.
Our usual reading grids are then abandoned in favour of what they hide: the undifferentiated and inalienable essence of the natural world and of ourselves, that is: emptiness. So here we are corresponding with the permeable inner self and receptive to change as well as natural fluctuation.
The double sculpture «self» represents man in a position of Buddhist prostration. Lying down fully stretched out on the ground, «self» participates in two ways to the rhythm of nature, one full and one empty. He’s immersed in the world. This Buddhist wisdom, present in many ways throughout the exhibition, allows us to move from culture to nature and return it, following a symbolic language that associates vegetal and the animal elements to our essential humanity.
In accordance with the installations, details and their expansions put us in contact with what remains uncontrollable. In order to reveal the richness of the unpredictable, the artist paints also with diluted ink. He ensures that by merging with the paper in the sense of participation, the wash flows down in its own way without the dominant intervention of the painter.
The two eyes, placed on opposite sides of two walls, represent the equal perspective of the sheep and the human. The artist zoomed in until the image became blurry. This challenges our usual way of perceiving as it is hard to tell whether the vagueness is caused by the grid blocking the viewer’s view or by his inability to discern the smallest visual units.
Once again, we encounter non-acting at the heart of Chinese aesthetics. Zhongying Shi’s aesthetic approach is then understood in the sense of a passage, a journey from fullness to emptiness, from form to abstraction, from construction to deconstruction to arrive at an understanding of reality as a transformation. 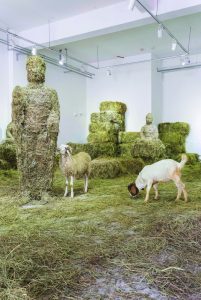 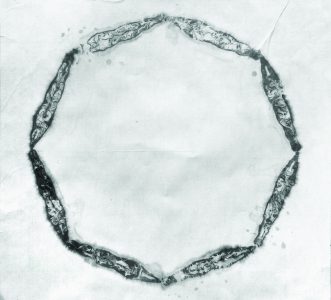 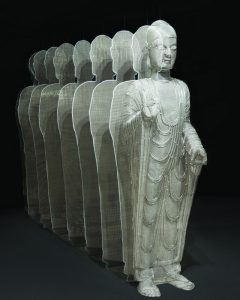