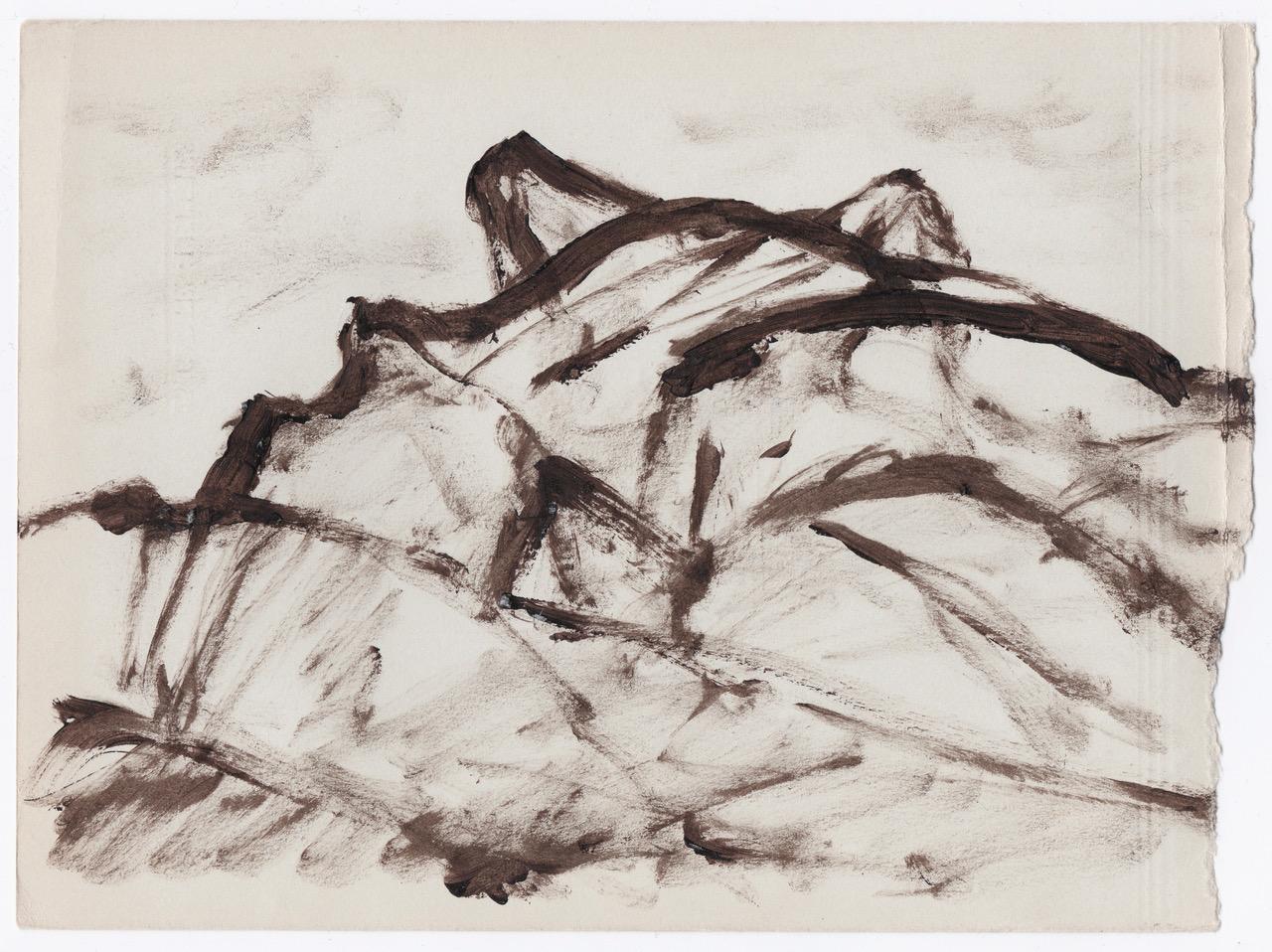 For his new installation, Jean-François Pirson entrusts us with his attempts regarding plants, minerals, mountains and the human body.

Without any possible hierarchy, his drawings are concerned with the existence of the things that are approached and then encountered. The vitality of his line depends closely on the energy he deploys during his practice as a graphic artist. This energy is necessarily in accordance with the essential constitution of what he perceives, namely what animates the things: their nature.

Then, all difference between drawing and writing disappears to leave place to the line. The gesture with its rapid movements liberates lines of texture by seeking beyond the appearance of things, into their necessity.

With Jean-François Pirson, the gesture of the hand is linked to natural shapes to which he makes himself available and receptive. As such, his desire to start from what nature reveals is very close to Far Eastern aesthetics, which attach great importance to the ‘empty wrist’. The latter must remain open and sensitive to the vital energy that nature contains in itself, the source of all possibilities. The aim is to understand nature and to refer to it for itself, that is to say to its mode of existence stripped of any human interventions and grids of readings. In China, the word “nature” is active as a verb. “To naturize” means that something evolves by itself, driven by vital energy. Life, the process of growth, animates and nourishes all bodies. Without a doubt we believe that art does the same.

Today, inspired by the flight of birds, by simple stones or sublime mountains, we seek to reconnect with nature by forgoing our anthropocentric prerogatives. Jean-François Pirson neither studies nor appropriates an object of investigation. On the contrary, he attempts an encounter with a forked branch in order to understand its “forkedness” and to find the gesture that produces the corresponding sign. From there onwards, the inner strength of the branch manifests itself just as the rock or the mountain delivers its interiority and breathes like living beings.

Whether one is a literate calligrapher or just a draftsman, a free state of mind favors the interdependence of man with the world. In the same way, the unpartitioned continuity of drawing and writing leads us on a way of being free from any tutelage.

‘When Yü Ke painted a bamboo, he saw the bamboo and no longer saw himself. To say that he no longer saw himself is an understatement. As if possessed, he abandoned his own body. His body was transformed into bamboo, endlessly spouting new freshness.’   Su Dongpo (1036-1101) poet and writer of the Song period 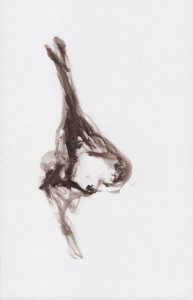