Born in 1951, in Kapelle-op-den-Bos, Belgium, Lives and works in Belgium.

After studying drawing at the Academy from 1976 to 1982, Anne Jones turned to sculpture.

Since 1985, her studio work has consisted of research on the resonance of materials, on the integration of concepts such as time, silence and conviviality into her visual perception, and on the place of the human being in the universe.

These concerns, always present from the beginning, nevertheless underlie her work with more or less acuteness depending on the moments and stages.

Anne Jones and the telluric power of slates

ODRADEK invites us to the dialogue that Anne Jones, for years, has been developing with the texture of schist stone slates.

Attentive to and in solidarity with the successive metamorphoses of this form of natural sedimentation that is the slate, the artist retrieves old roof covers to allow them to continue to live.

Very early in her encounter with slates, Anne Jones was seized by the lively character and expressive dimension of this material lying in the containers of construction sites. The artist, by collecting these layers of shale out of the basement and exposing them to the torments of the sky, restores the sensitive links that make us co-exist with them.

In her studio, working together with the slates, Anne Jones encounters their inventive nature. This allows her to perceive, embrace, incorporate and finally integrate a writing-trace that will constitute the substance of her work.

As a sculptor, Anne Jones is deliberately receptive to the movement, rhythm and dynamics that made up the stone. The artist is permeable to the nature of shale, which is expressed in visible forms on each of its faces. A link is then established between the creative force of the sediments, transformed by metamorphism, and the aesthetic approach of the artist. The thin fissile sheets that make up the slate are entrusted to us in their intrinsic qualities full of stories and mysteries.

While letting the slate speak to her, Anne Jones renders what it gave her She has energetically collected the manifestation of its inner richness, of its telluric strength. When sawing the stone, the released mineral material is carried away by the water used in the cutting and carried through flow gutters towards the decantation bin. By dipping papers into the gutters, Anne Jones collects the extracted material, which, by drying, reorganizes itself, revealing the hidden side of the shale, its interiority, its ancestrality. It is at this point that the artists, Anne Jones, and the slate engage in a natural dialogue where the breath – that is, the vital energy of crystallized sediments – appears on the paper support.

The exhibition that Anne Jones proposes is merely about the relationship between the shale deposits on the paper at their disposal and the slate from which they originate. On both sides appears a landscape composed of traces consubstantial to Nature. The artist, she says, has nothing to do with it, except that she has fostered their encounter and reactivated our gaze. We then perceive emanations of reality, written images occurring spontaneously.

In the same way as Chinese aesthetics consider writing in its first signs to come from heaven and earth, we visually understand our reciprocity with Nature. Anne Jones, in this state of mind, introduces us to the expressiveness of this world where all elements are animated by the same vital breath.

In China Dali-stones come from a metamorphosed limestone rock. Called “dream stone,” “graphic stone,” “landscape stone” or “travel stone”, they reveal, through the veins of their marble, a sublime trace-pattern that serves as a model for calligraphers and painters. The Dali-stones are collected by scholars who add a poem to them in order to participate in the landscape. Of telluric origin, they remind us of our belonging to the cosmic universe. Even more, they stage the breaths and energies that transform the visible and the invisible.

Anne Jones’s work is close to this observation which, for her, becomes a source of questioning and possibility… 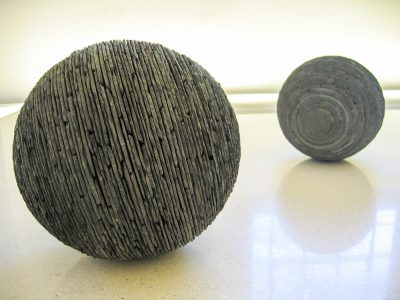 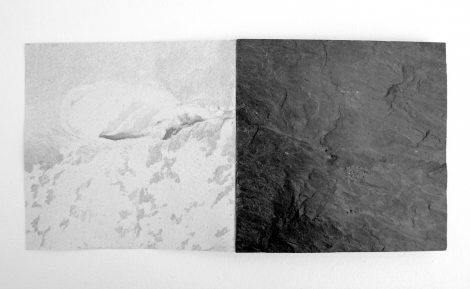 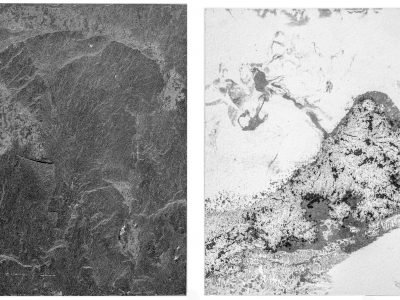