Born in Hsinchu (Taiwan), Li-Chiang Chou graduated in 1976 from the Hsinchu Provincial Normal Institute (Fine Arts Section), and in 1995 from the engraving section of the National School of Visual Arts of the Cambre (Brussels, Belgium) where he also followed a three-year bookbinding training.
Selected in numerous competitions, such as the Prize for Engraving and the Printed Image (French Community of Belgium, 1993-1994-1995), the International Exhibition Small Graphic Forms (Lodtz, Poland, 1996-2008) and de Cuprum VIII, The international Biennale of Graphic (1997), his work has been the subject of several solo exhibitions, notably at the Parallel Space (Brussels, 1995), at the Asia Space (Louvain-La-Neuve, 1995 ), at the European American Business Management Center (Brussels, 1997), as well as at the Mansan Gallery (Brussels, 1997) and at the Nanmu studio (Beijing, 2015). 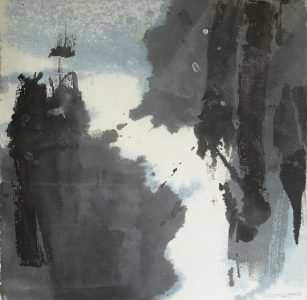