Sunyoung Choi, a new Brussels resident, hijacks the “Rorschach test” which consists of evaluating personality traits according to what subjects perceive from inkblots. As if to quantify visual performance, Choi arranges his ink spots like an optometric chart. The optometric test, based on the distinction of signs, retains a certain objectivity of measurability. On the other hand, the Rorschach test, where images are first perceived and interpreted by an individual before being then analyzed by a third party, includes a great deal of arbitrariness and thus makes measurability more difficult  to guarantee.

The cohabitation of these two tests gives rise to a kind of nonsense, and reveals the absurdity of the attempt to quantify, classify and find a logic of cause and effect.

In his other piece, “Entomology”, these inkblots are cut out, and then pinned. Choi puts mental images, often perceived as moving and furtive, in correspondence to flying insects, like a collection of insects in which we organize the specimens according to their characteristics. In her work, she sketches the desperate human desire to catch, define and freeze the elusive and unpredictable. 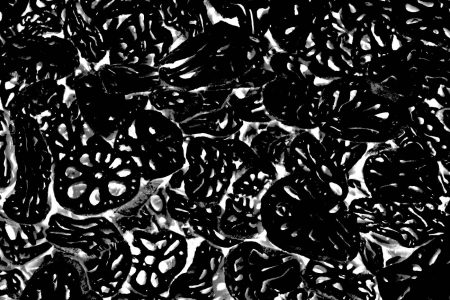 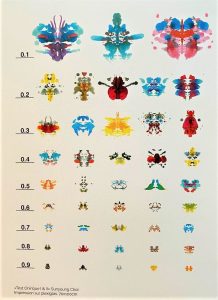 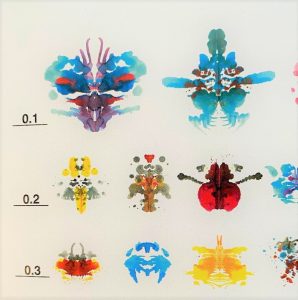 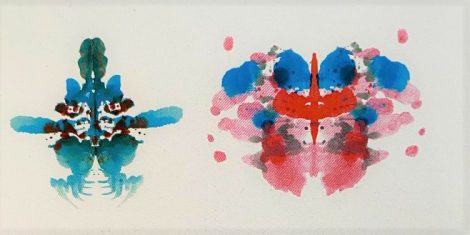